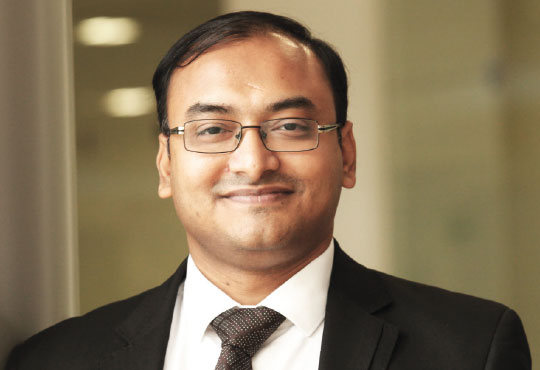 Advent of Machine Learning and Ar­tificial Intelligence now have a new theme, declared as the 4th Indus­trial Revolution or 4IR in short. The thoughts that used to be science fic­tion, often written by famous writers and enacted by movie actors, is now a mere reality. As time is advancing, this new revelation is greatly impacting people in numerous ways. Artificial Intelligence is helping daily lives, from maps to guide drivers on traffic, sensors and AI systems to tell engineers as to what parts of machines would fail, when and why; from easy connectivity via internet and connected devices at home to automated cars and at times sen­sors /cameras reading and predicting driver behav­ior for insurance companies and governments. It’s all over the place and certainly for here to stay.

Nonetheless, one can certainly argue about the dark side as well, with dark internet, drugs mafia and hacking of personal/professional data. I will categorize it as a fear of the unknown, which is there for each innovation, every new era and cer­tainly with the advent of the IR’s. I guess someone needs to take the ML and AI to the level where it can even do the impossible of today – prophecy of the future.

Many companies/corporates have jumped the bandwagon. Those who have not, face a genuine risk of be­coming obsolete or predicted to be­ing thrown out of competition. From a talent point of view, those who are practicing Data Science, Machine Learning and Artificial Intelligence, like me, hear about real and fake suc­cess stories, hidden failures and real disasters, only to ponder about what the future holds for their careers. Is it only a bubble waiting to burst, or is it really so sustainable that it persuades a path that people would want their children to pursue in the upcoming days? Success stories on bots, robotic automation, and auto­mated cars makes you wonder – are they truly intelligent or is it just still ‘rules-based’ approach, albeit more complicated to be classified as ML! Only time will differentiate the real from the fake, the momentary from the sustaining or as they say, ‘Men from Boys’. Clearly, the data being gathered from unthinkable mul­tiple sources / images / sensors / RFID’s, the most innovative and lat­est self-learning algorithms behind the scene and more importantly, the technological advancement to loop the feedback back into the al­gorithms on the fly gives the power and the potential to have the brain-like intelligence into the machines! Despite these, the real problem is the thought that often reoccurs at the back of the mind and tries to coax out an answer to, “Are we just jumping in the crazy world to do something close and call it ML? Are we carrying out nothing but the old traditional methods, branding it in the new wine bottle to call it AI?”

Some argue against it yet the situation remains. Even if one trains the machines, it’s not as intelligent as we hope it would be and it often makes disappointing mistakes. Tell an interactive voice system from 2012 to NOT show the weather and it shows you the weather. Ask the chatbots some basic questions with slight variation and many times it fails. Language translators at times give literal word-to-word transla­tions that do not necessarily imply the real meaning. Our favorite in­teractive maps at times do not show accurate results.

My take on this is that if done right, with self -learning neural nets, then it can grow itself into some­thing which will be of extreme value and with a great prospect. Ask the latest voice interactive systems the same weather question and it now says, “I am not sure I understand the ask”. Slightly more intelligent than before, may be yet not perfect. Have we seen a child grow into an adult without ever making a mistake? Has an intern grown into to become a CEO without ever making a wrong decision? Has an apprentice made to a good doctor without even a single failure?These situations are extreme­ly rare and seldom arise. We have to see it through the lens where we compare the early machines to early humans, as we want the end result to be similar. We need to see it as ma­chine making a mistake in the learn­ing process just as a human makes mistakes in their due course of learn­ing. Not all decisions would be right and they will make an error here and there. We mustn’t view them with the picture we humans have of machines -certainly not perfect ones.We must see them as an intern slowly taking time to grow into as a corporate citizen. We must treat the bots, robotics, algorithms as our tal­ent and focus more on the potential than the mistakes being made today due to lack of data on that particular decision making. To err is human, and as machines become human-like intelligent, we must embrace the fact that at times, to err is machine as well.

With the correct and exhaus­tive sources of data, exponential advancement in technology and so­phisticated algorithms behind the scene, we can only but imagine the possibilities when these intelligent machines become an ‘adult’. For this, they will have to mature, and for that, they need time. We are al­ready seeing robots getting citizen­ship, how far are we from Star Trek becoming a reality? Until such time, undoubtedly and univocally, it’s man and machine, engraving footsteps in the sand of time, together!

IT services
How to save big by automating your field sales reporting?