The Evolution of Business Intelligence: Then and Now 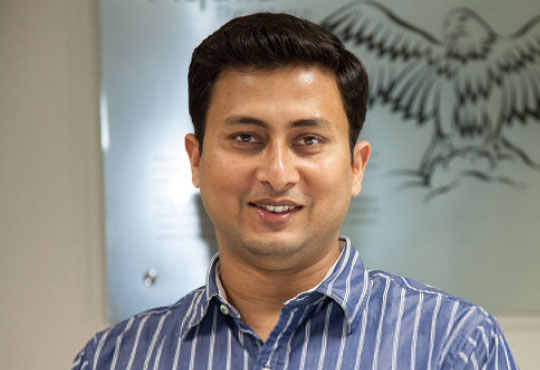 Business intelligence has come a long way since the term was first used by Richard Millar in 1856, to describe how Sir Henry Furnes achieved some great profits by utilizing information about the business environment ahead of the competitors. The days when business intelligence used to be an auxiliary function are long gone, as today, BI plays a key role in almost all aspects of business operations including Accounting and Finance, Corporate Governance, Economics, Marketing, Management and other business functions. Taking the discussion further, this post traces the evolution of business intelligence from what it used to be, to what it has evolved into, and more importantly, what the transition holds for modern businesses. Let’s take a look.

The Catalysts for Change

The world is going digital with computer systems redefining almost every aspect of human existence. Owing to increasing reliance on IT systems, the volume of data generated by organizations is also increasing by the day, opening new avenues for more advanced and real-time analytics and more accurate predictions and projections. Massive data sets, paired with advanced IT infrastructure and the evolution of mobile- and cloud-based systems, allow businesses to have a clearer understanding of the dynamics involved in their operations and have a foresight of how the future would unfold. On the whole, the perks of modern analytics are better decision-making, reduced risks, and increased profitability. But, how did we get here?

BI is now more powerful and less expensive, compared to what it used to be during the yesteryears. It is now capable of extracting information from all possible sources and offers much faster recommendations. But the scenario wasn’t always like that.

Here’s how business intelligence evolved to its current potential over the years:

The first generation of business intelligence primarily focused on two core functions: extracting and visualizing actionable data and reports. It flourished during the late 90s when businesses around the world were looking for ways to accelerate growth and productivity, while keeping costs on the down low. There were two aspects, however, that were somewhat ignored in the approach: dealing with complexities and time constraints. Moreover, most BI projects used to be handled by IT firms, as businesses did not have the capability to execute the tasks in-house. That was when the market witnessed the foray of simpler data analysis tools that gradually transferred the command to non-technical users and the second generation of BI was born.

As business needs evolved, the beginning of the 21st century marked the evolution of the second generation of BI, that was better placed to cover the two aspects that were not mastered by the first generation. Businesses now had better capabilities to address complexity and speed issues, with the transition majorly attributable to easily accessible cloud-based analysis systems with simpler user interfaces and exponential growth of the internet. The second generation of business intelligence also provided business with the edge of real-time data analysis, which enabled them to make vital decisions based on the most recent data sets that provided a more accurate overview of changing customer demands and behavior.

The Scope of Modern Analytics

Though the footprints of data-driven business intelligence can be traced back to as early as the 80s, when computer systems became the mainstay for business management; during the last decade or so, the science has crossed its initial phase, moving from traditional to modern. Both market and Business Leaders requirements have changed in the recent years and BI has moved from dummy data to real-time data analysis. The traditional function of BI was to tell you what was and what is, but now, it has added “how” to the list. Let’s take a look at the commonly practiced forms of modern analytics in the current business ecosystem.

Predictive Analysis, a constantly evolving subfield of business intelligence, involves the use of advanced tools that assist businesses in predicting and analyzing multiple possible outcome scenarios, based on the data sets available to them. It not only facilitates representation of data in logical ways but also lends clear forecasting capabilities.

Autonomous Analytics is going to be the 2nd big change that will allow businesses to automate decision-making and the adoption of analytics-driven recommendations. Most cognitive technologies, being statistics-based, can bring a notable improvement in the effectiveness and productivity of data analysis.

Business intelligence has come a long way since its inceptions and it would be safe to say that it has become a necessity for organizations to survive and thrive in today’s increasingly competitive business environment. By utilizing the potential of modern business intelligence, organizations can not only strengthen their foothold but can also tap into new market segments with minimal risks. Having said that, harnessing the true potential of business intelligence requires the right resources, in terms of both technology and human capital. Developers around the world are coming out with more sophisticated tools capable of addressing even the most complex of business needs, so all that remains to be done is making the most of them.

IT services
Effectively Organize, Automate and Manage your Payroll Processes